So, you thought backward masking, hiding lyrics within lyrics, was only in music? Hidden messages are everywhere! If we take the face value of words for granted, we will fail to see the esoteric which is hidden in plain sight. Names mean something. Titles have significance. Nothing is named without forethought, especially when it comes to multi-national corporations that are in the business of dark deeds. A name reveals something’s character and its purpose.

Has Monsanto admitted their ultimate plan in their own words? Yes, I believe they have. Check out the front door to Lockhart's local Monsanto office in the picture below. We see, "Monsanto imagine."  (Ironically in the same plaza where I teach people about the dangers of GE and GMO foods.)


Take a trip with Granny to Dictionary Land where the intent of the heart is exposed by looking at the actual meaning of words so that full disclosure is revealed, something required by universal law, but most often encrypted by liars and deceivers. We will be using the 1828 American Dictionary of the English Language, the King James Bible, and the New Strong's Exhaustive Concordance of the Bible, and the Strong’s Hebrew Lexicon.

IMAGINE, in the Dictionary


1. To form a notion or idea in the mind; to fancy. We can imagine the figure of a horse's head united to a human body. In this sense, fancy is the more proper word.


“Horse’s head to a human body”?? Oh dear, doesn’t this sound a bit like genetic engineering? Remember: This definition is from a dictionary written in 1828!! Let’s look at “fancy,” since we are told that this is the more proper word for imagine~~


FAN'CY, n. [contracted from fantasy, L. phantasia. Gr. from to cause to appear, to seem, to imagine, from to show, to appear, to shine. The primary sense seems to be to open, or to shoot forth.]


1. The faculty by which the mind forms images or representations of things at pleasure. It is often used as synonymous with imagination; but imagination is rather the power of combining and modifying our conceptions.


9. Something that pleases or entertains without real use or value.


Let's go with definition #8, “False notion,” since a horse's head can not really be part of a human body. Remember definition of Fancy #1 as well: “combining and modifying,” as in mixing species of grains, fish, and animals. We see that the primary sense of “Fancy,” or imagine, is to open, or to shoot forth. When DNA is modified, the genes are “opened up” so that other species’ DNA can be “shot forth” into the target.


We see that “Fancy” comes from “fantasy,” a contraction of phantasia. Let us look at these words.

PHAN'TASM, n. [Gr. to show, to shine, to appear.] That which appears to the mind; the image of an external object; hence, an idea or notion. It usually denotes a vain or airy appearance; something imagined.

Remember those words, “to shine, to appear.” The name Lucifer means “great shining light.” Are we not warned that he, Lucifer (now Satan), appears as an angel of light”?  2 Corinthians 11:14.

A modern definition of Fantasia includes these points:

1: a free usually instrumental composition not in strict form 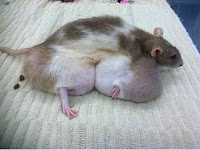 2a : a work (as a poem or play) in which the author's fancy roves unrestricted


b : something possessing grotesque, bizarre, or unreal qualities

Continuing the definition of “Imagine” ~~


2. To form ideas or representations in the mind, by modifying and combining our
conceptions.


3. To contrive in purpose; to scheme; to devise. "How long will ye imagine mischief

Mr. Webster was fond of using words in context of Scripture. That’s what makes the 1828 Dictionary unique and above its peers. He takes the word and illustrates it in the common usage of the Bible. We do not read, “imagine peace and goodwill.” We see “imagine mischief.”


Looking at Strong's Concordance, we see that every entry of "imagine" in the Bible is linked with the concepts of "MISCHIEF" or "VANITY" or “DECEIT” or "EVIL".  The same is true of the extended forms of “imagine,” such as “image/s” (burned incense to graven image, etc) and “imagination/s” (“imagination” of man’s heart is evil, proud in the “imagination” of their hearts), and “imagined” (in the devices that they have “imagined”).


There are two notable, positive exceptions: one, when God made man in His image (five references in Genesis) and when we read of Christ being the image of the invisible God (2 Cor., Col., Heb.). Note that man is “made” in the image of God, but Christ “is” the image of God.


Psalm 2:1 Why do the heathen rage, and the people imagine a vain thing?


Psalm 21:11 For they intended evil against you: they imagined a mischievous device, which they are not able to perform.


Psalm 38:12 They also that seek after my life lay snares for me: and they that seek my hurt speak mischievous things, and imagine deceits all the day long.

Psalm 140:2  Which imagine mischiefs in their heart; continually are they gathered together for war.

Job 21:27  Behold, I know your thoughts, and the devices which ye wrongfully imagine against me.


Hosea 7:15 Though I have bound and strengthened their arms, yet do they imagine mischief against me.


Nahum 1:9  What do ye imagine against the Lord? He will make an utter end: affliction shall not rise up the second time.


Zechariah 8:17  And let none of you imagine evil in your hearts against his neighbour; and love no false oath: for all these are things that I hate, saith the Lord.


Acts 4:25  Who by the mouth of thy servant David hast said, Why did the heathen rage, and the people imagine vain things?


Let us look at some things that Scripture tells us are imagined:


1. Harm; hurt; injury; damage; evil, whether intended or not. A new law is made to remedy the mischief.


3. Trifling labor that produces no good.


7. Inflation of mind upon slight grounds; empty pride, inspired by an overweening conceit of one's personal attainments or decorations. Vanity is the food of fools.


Are we ready to put together what we have so far, and see what is really behind “Monsanto imagine”???


“Monsanto imagine” is a false notion, plot, and scheme to modify or combine things intentionally that are hurtful, harmful, and damaging with grotesque, bizarre, and unreal properties which results in emptiness, fruitless, food of fools.

Wait! There’s more! We’ve looked at the definitions to reveal the intent of the meaning of the word imagine; now let us consider the presentation, or the art work and the visual message.

In the world of sorcery, it’s not uncommon to contract several words in one to convey an idea. The drug Premarin, for example, is made of three words, pregnant, mare, and urine, to get Pre + mar + in.


Let’s take a look at the word “imagine” the way it is laid out graphically in the text, with “im” being dark green, “ag” being light green, and “ine” being dark green. Is there more being said here than meets the eye? There appears to be three words combined.


IM: “Imam, a holy religious leader, infallible, sinless” OR, could possibly be “I’m”.


AG: AGA, n. [lord, dominus, herus, sir, title of respect] In the Turkish dominions, a commander or chief officer. The title is given to various chief officers, whether civil or military. It is also given to great land holders, and to the eunuchs of the Sultan's seraglio.


-INE: The suffix -ine means having the nature of, being similar to, or being like something. Made of or like.


1. Equal in quantity, quality or degree; as a territory of like extent with another; men of like excellence.


Is Monsanto telling us that it sees itself EQUAL TO A SINLESS, HOLY, GREAT LAND HOLDER??


Scripture tells us exactly who owns the earth, who is the Great Land Holder:  “The earth is the Lord's, and the fullness thereof; the world, and they that dwell therein.” Psalm 24:1. YHWH, the King of Creation, the Lord God, is the only ‘sinless, holy, great landholder,’ but Monsanto is pridefully aspiring to usurp His dominion. Don’t we read in the Good Book of how that was tried before?


Isaiah 14:14 describes Lucifer’s pride: “I will ascend above the heights of the clouds; I will be like the most High.”


Putting together “MONSANTO IMAGINE” according to the dictionary and God’s Word, we see that Monsanto plans to use “a false notion, plot, and scheme to modify or combine things intentionally that are hurtful, harmful, and damaging with grotesque, bizarre, and unreal properties which results in emptiness, fruitless, food of fools in order to become equal to God and own the earth.


Monsanto imagine.  We know who you are. We are not deceived.

"Every plant, which my heavenly Father hath not planted, shall be rooted up."
~~ Matthew 15:13

Excellent Post ! Thank you so much for the truth. Great info.