Raise your kids to be republicans

I'm a republican. Notice the lower case "r." I've been known to vote for people who have an R after their names, as well as a D. In fact, in an election here in Lockhart, I voted almost all D. I knew the candidates, and the most qualified had a D on the ballot. The D people understood "republican form of government" and the R people mocked it; I voted accordingly.

In light of the "shooting" in Florida, and I put that in quotations because solid evidence is pointing to this being a very sloppily written and directed, ideologically-driven and politically-motivated high school play (apologies to real high school drama classes), here is one of my Notes from 2015. The original context was a video of some teens destroying property and terrorizing a teacher in a classroom -- misbehaving in horrid ways that makes you say, "Does your Daddy know how you act in public?" and makes you wish that The Woodshed was still a fixture of American homes. 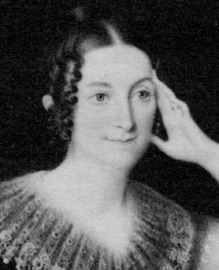 "For the strength of a nation, especially of a republican nation, is in the intelligent and well-ordered homes of the people. And in proportion as the discipline of families is relaxed, will the happy organization of communities be affected, and national character become vagrant, turbulent, or ripe for revolution." ~~ Lydia Sigourney, Letters to Young Women on Education, 1852
This was written two years before the founding of the
Republican Party in 1854 (this is from memory; if it is wrong, sorry). So what "republican nation" was Mrs. Sigourney referring to? Art. IV, Sec. 4 of the USCON: "republican form of government" (RFOG) as established by the Declaration of Independence.

What is the RFOG? The principle that rights do not come from government, but from God, and are secured by man's government. The principle that SELF-GOVERNMENT is the first and most important form of government, and without that, without self-control, no law will suffice for your happiness. If you will not control yourself from within, you will be controlled externally, not only for your own happiness, but for the sake of society.

Here's another quote that has hung on my wall ever since 1989 and the 200th anniversary of the USCON. It is attributed to James Madison, the "Father of the Constitution": 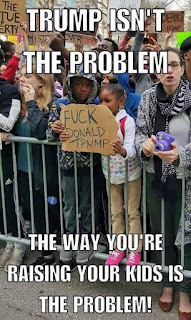 A democracy is not a republic. This nation was founded as a republic. "And to the republic for which it stands." A democracy is a satanic form of government in which everyone does what is right in his own eyes, without a thought as to what God's law says. Want an abortion? Okay. Want to be promiscuous? Okay. Want to plunder the public treasury to redistribute the wealth for an endless list of wants? Okay. Want to act like clowns in your FREE classroom and be illiterate so you can be manipulated to vote for more FREE stuff as an 18 year old child? Okay.

When liberals cowered to that useful idiot atheist O'Hare and took down the Ten Commandments, they were committing an act of sedition, political and theological. It was not only a change of government but a changing of the gods. So, how is satanism working for ya? Yes, I know it's called secular humanism, but the guiding principles are the same as the satanic bible: "Do as thou wilt."

If the good Lord had given me the gift of drawing instead of astounding good looks (that's a joke, guys), I would draw a picture of God outside the school building, maybe close to the campus police car, or next to the silly "Drug Free Zone" sign, or close to the reminder that students on neuroleptic medication should leave their guns at home, MISS ME YET??
Posted by Granny Good Food at 6:40 AM No comments: